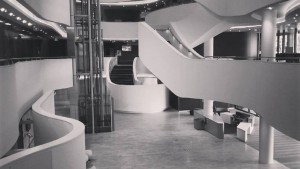 Sydney Environmental Institute, University of Sydney. In 2013, I and my colleague Professor David Schlosberg built the Sydney Environment Institute from below, by gathering scholars from all over the University and from all disciplines who worked within the Environmental field. This Institute, now formally backed by the Vice Chancellor and Sydney Executive Group, is unique in the University for having been built entirely by popular academic support, for being financed mainly by external funding and also for being comprehensively cross-disciplinary. It now has eight nodes, covering major thematic environmental issues of our time.

ARC National Centre for Cross Cultural Research, The Australian National University. In 1996, as Director of the Humanities Research I worked with Professor Nicholas Thomas to draft a bid for this ARC National Research Centre. We were successful and received a grant of $10million, the first such centre in the humanities’. Professor Thomas became Director and I served as Deputy Director, as well as Director of the Humanities Research Centre. Ten years later the National Centre was expanded to become ANU’s School of Arts and Humanities.