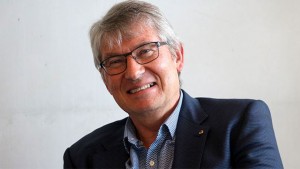 National (for Government and Public Sectors):

Chair, Prime Minister’s Science, Engineering and Innovation Council Committee of Inquiry into ‘Imagine Australia. ‘The Role of Creativity and the Innovation Economy’, 3 December 2005

Professional (for the Advancement of the Humanities in Australia and the World):

Australian Observatory Delegate to the CHCI for drafting an International Environmental Humanities manifesto, Phoenix, Arizona, May 2015

Head of the Australian Delegation to the European Consortium of Humanities Institutes and Centres, Stockholm and Nottingham, March 2013

Member, Steering Committee, History of the Australian Academy of the Humanities, 2013

Chair, Advisory Board, ARC Centre of Excellence for the History of Emotions, 2012->

President, Australian Academy of the Humanities, 2001-4

Convenor and Chair, ‘Living in the Anthropocene The Role of Environmental Humanities,’ Sydney Environment Institute, University of Sydney, 2014

Member, Review Panel, Review of the Centre for the History of European Discourses (CHED), University of Queensland, April 2007

Advisory Board, Centre for Eighteenth-Century Studies, University of Queensland, 2002

Advisory Board, Centre for Advanced Studies in the Humanities, Griffith University, 2001-2

Advisory Board, Research Institute in the Humanities and Social Sciences, University of Sydney, 1999-2001

Chairman, Review of the School of Social Inquiry, Murdoch University, 2000

Chairman, Board of the National Europe Centre, ANU, 2001-2